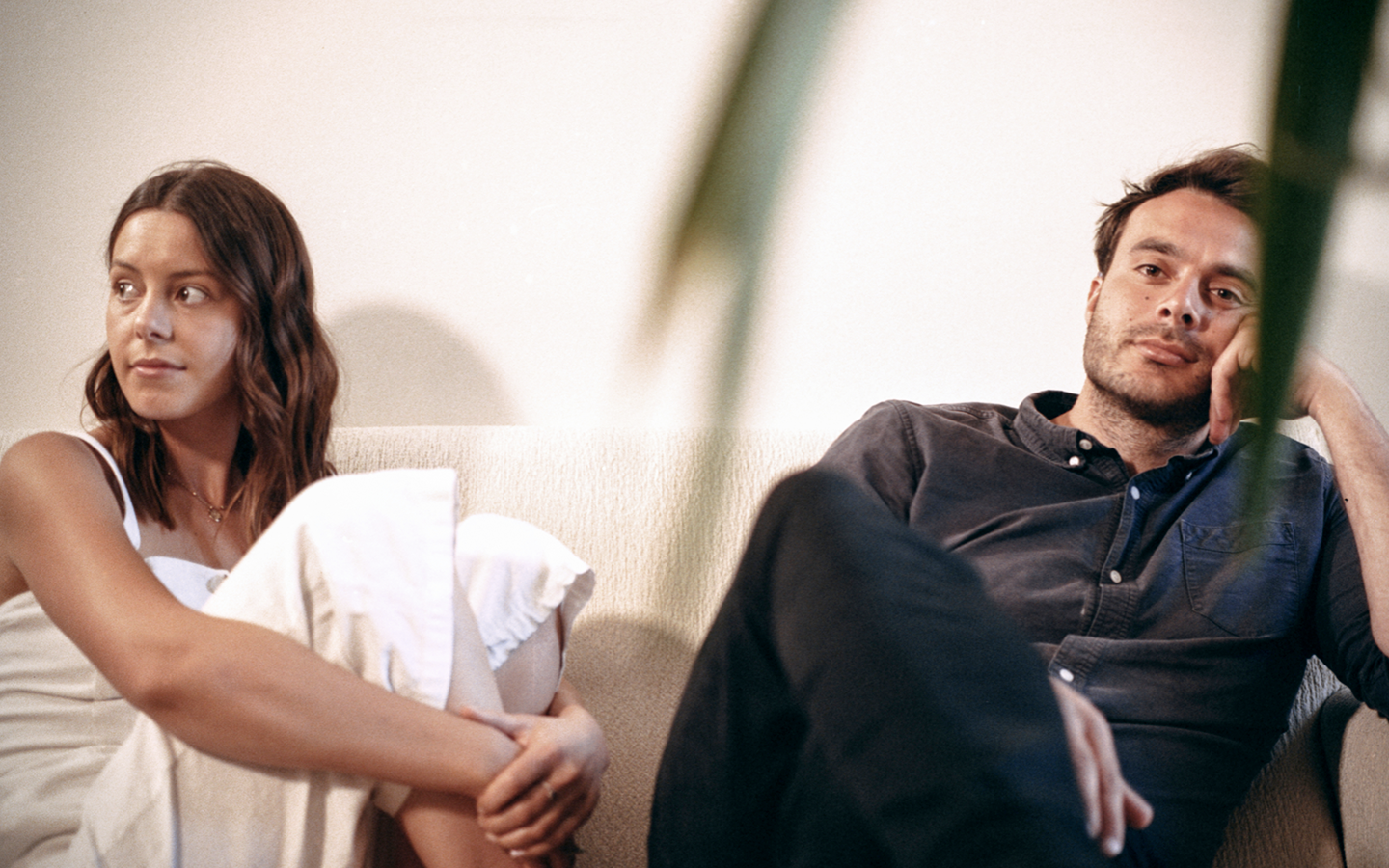 A listener once likened their music to “watching the sunset and eating hot chippies at the beach.” Beautiful harmonies and soulful melodies wrapped around candid lyrics pouring out the rawness of life and love. This is how Nick Acquroff and Dominique Garrard managed to earn themselves a memorable debut across Australia in 2016 with their breakout single ‘Decision’ which was followed by their debut EP ‘Alive’ and a string of performances nationwide.

Armed with a piano and synthesisers, the Melbourne duo known as N.Y.C.K. (pronounced nyck) effortlessly create emotive music paired with honest narratives. Their musical chemistry can be heard on their long-awaited debut album ‘Wild Streak’ which Stellar Entertainment has made available inflight for one of its airline clients. Hot chips and sand are not provided.

Tell us how the name N.Y.C.K. came about.

It stands for Nothing You Can’t Know. If we were Nike, it would be our ‘just do it’. It’s our mantra. We’re saying to the people listening that if we’re going to do this properly then there can’t be a barrier between us. Dom and I want to write songs that speak the words we wouldn’t say out loud or to our best friends. They express the deepest fears, joy and anxiety that we have inside. And I’ve always wanted to start a band that writes and plays as if there’s no one listening.

Which artists/musicians have influenced you the most?

Nick: Mike Skinner has been my biggest lyrical influence for N.Y.C.K. He writes lyrics that are so raw and honest that it takes my breath away. He doesn’t take out the bits you’re supposed to take out. On ‘Never Went to Church’, he spends the whole song questioning and doubting himself. He uses his words to think. He uses words and writing to figure things out. It’s exactly what art should be for. It’s a way of finding the truth of your situation.

Dom: There have been so many over the years, however I would have to say Bon Iver is my biggest influence. He has evolved so much in each album he has released and I feel like that is what we have done. We are always finding new sounds through experimentation. It’s very fun.

Where do you find your creative inspiration?

Nick: People mainly, and red wine. But I’m so in love with people. The girl who manages the café I go to in Rye in the morning. The guy I razz up at work. I love the little ticks and idiosyncrasies. The fact that we are almost ALL trying to be good, to make homes and families, and make our lives colourful and full. And also my best mate Dom when she comes around on a Tuesday and we play N.Y.C.K. songs together.

Dom: I totally agree with Nick. People are so great for creative inspiration. Nick explores this really well in his lyrics but I think our music also reflects this. I feel like our music goes through a rollercoaster of emotions and most people go through this at some stage in their lives.

What do you hope for listeners to gain or take away from your music?

Some of the loveliest feedback we’ve had from people about the album is that it makes them feel warm, comfortable and safe. They put it on all the time when they get home. It’s a soundtrack for the day. It feels like something important, or it feels like how life feels. Or that it’s drawing something out, something you didn’t know was there.

Congrats on your newly-released debut album Wild Streak! Tell us a bit about it.

Dom: Wild Streak is an insight into both of our lives. It gives examples of how we felt in that very moment we were writing each song. The album gave us the ability to experiment with different sounds and set-ups, and collaborate with some of our favourite musicians and producers. It has been an incredible journey for both of us and we hope each track makes the listener feel something or affects them in some way.

The album is going to be onboard Virgin Australia from November. How do you feel about reaching domestic and international audiences in this space?

Dom: Oh yeah! Finding new music onboard a flight is the best because there isn’t much else to do! It would be awesome to reach domestic and international audiences.