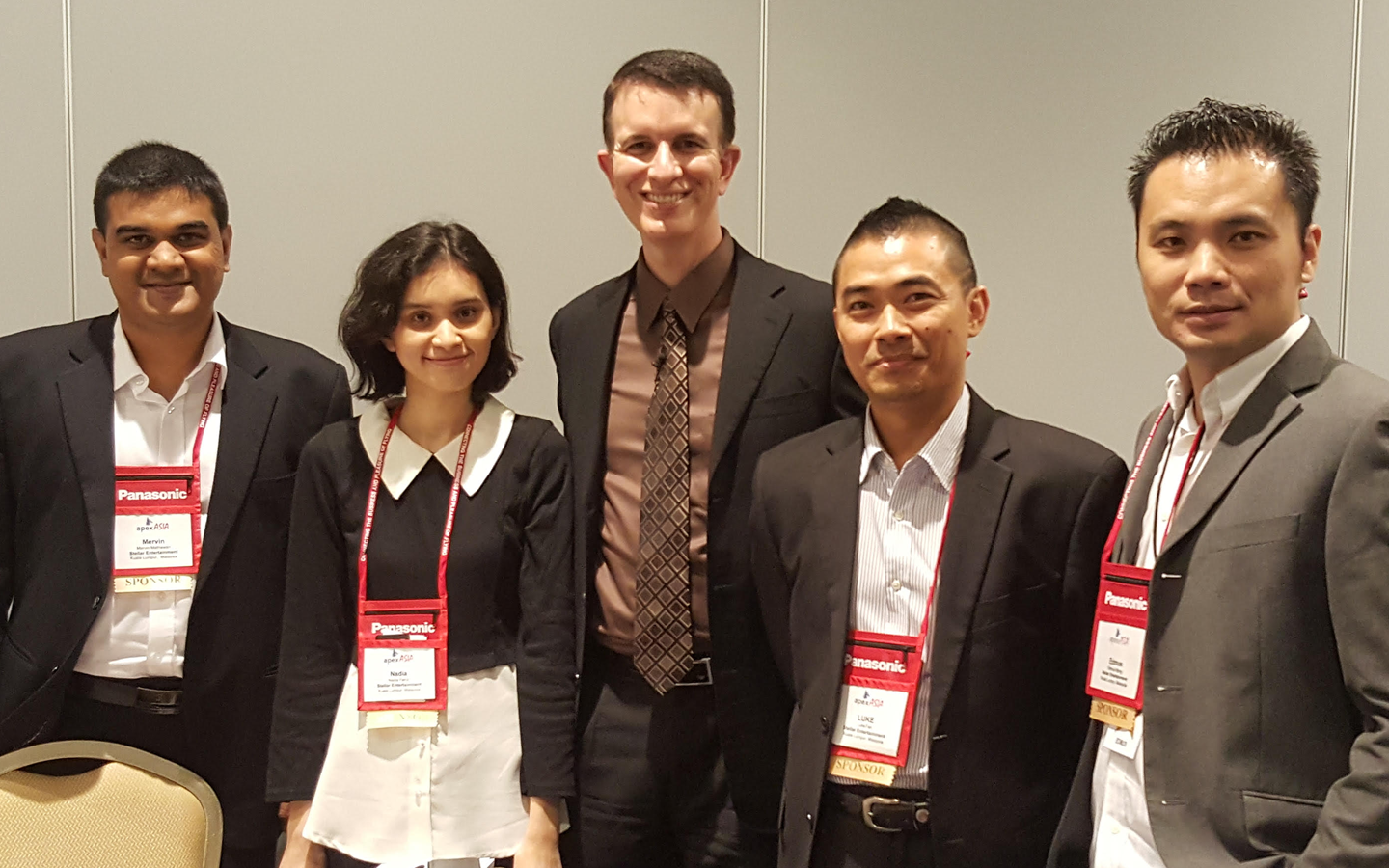 Posted at 17:06h in Uncategorized by admin

2019 marks the 40th Airline Passenger Experience conference – an exciting milestone for our industry. Stellar Entertainment have attended every single conference, from its’ beginning as the World Airline Entertainment Association (WAEA), to the impressive APEX events that exist today. At our core, Stellar Entertainment is a company built on the hard work and dedication of its people. As the people of Stellar are what make up our DNA, we wanted to share some personal memories from Stellar staff members who have attended various WAEA/APEX conferences over the decades.

A story of love from Adlee (Director, Content Acquisitions)

At the time I was working for Interact, going through a divorce and just trying to process everything. We were headed to Miami for our annual WAEA conference and I was ready to get out of town and away from my personal dramas. I had lost 30 pounds, bought new clothes and I was feeling pretty good about myself! On the Wednesday night we had our big meet and greet at Gloria Estefan’s restaurant, and a friend of mine came up to me and said “Gggiiiirrrrlll… I have the perfect guy for you!” My first response was “Daniel, I do not care about meeting anybody, I don’t care who it is…” but he was so persistent that finally gave in. Later on that night, I was talking to Tam Airlines, and I get a tap on my shoulder. I turned around and it was Frank (Williams) and from that day to this we have been together….

A story of fun from Mitch (Group General Manager)

Asking me to pick a favourite memory is like asking me to choose my favourite ice cream, so I’ll give you three! The first was living out a childhood dream and getting to go Disneyland in Anaheim in 2014. The second would be Virgin Australia taking out the Best Video Curation awards two years in a row. Last but not least, the people in general – this industry is filled with some of the best people I’ve ever met, so I’m really grateful APEX brings us all together in an industry we’re all passionate about.

A story of winning from Sally (Executive Producer, Stellar Studios)

I attended WAEA back in the 90s, when Stellar’s focus was on audio. Every year was a blast, meeting fellow industry people from all around the world. A particular highlight was winning best inflight audio entertainment 3 years in a row in for our work on Qantas. We loved working on that product and we were so proud of what we were making, so having that recognized was a real treat.

A story of travel from Sam (Director, Audio & Licensing)

APEX Singapore sticks out particularly in my mind, it was a fantastic setting at the Marina Bay Sands and Gardens by the Bay, and having the Expo come to such an influential region in the airline space was quite special.

A story of tech from Mervin (Country Manager, Kuala Lumpur)

An individual who’s an aviation enthusiast (freak), yep that’s me. APEX EXPO/Events is something that I’ve always looked forward to. Apart from catching up with friends & business colleagues in the industry, seeing the latest in terms of technology, as well as the “What’s New/Upcoming” line-ups from each of the studios, the one I cherish the most would be an opportunity to experience the A350 cabin in a VR platform supported by AIRBUS, this is held in APEX EXPO S’pore back in 2016, Marina Bay Sands. Indeed a fantastic experience!

I remembered the first APEX I attended and it was then known as WAEA – World Airline Entertainment Association.  Combating jet lag and the exhaustion from the long car ride from Los Angeles to Palm Springs, I underestimated the intensity of each half hour meeting, going from one booth to another, one meeting to another and followed by the events in the evenings (those were the highlights!!).  By the second day, I was on auto-pilot and if I must say, almost sleep walking at times.  I have never met, in one place, people who are passionate, energetic and enthusiastic about the IFE world! They are the ones that make IFE fun and alive!  Till today, we still keep in touch and talk about it.